I really wanted to see what all the fuss was about. I never had the chance before to go and see his artwork. But as anyone in the world of art does, I knew who Damien Hirst is and I knew what he does.
I think that I’ve only queued for two exhibition in my life Leonardo Da Vinci and this one.
Queues to enter the rooms to pass between the middle of a dead cow, I really couldn’t believe it.

And then I remembered this, people like to be shocked, they love it. Its this pathetic thing in human beings that we like to read about murders and death and sensational stories, like when there’s a car accident people and people stand there watching, waiting to see the blood? Well, this is something similar. The only reason that this guy is famous is because he put the unthinkable in a Museum. A dead cow, a shark in formaldehyde, it was like going to the Natural History Museum and seeing their dissected animals. I realised as well how far from the nature we are now a days, with people queueing to see butterflies in a room? Really? And there were some girls there who were shocked to be standing on them? Come on – go to Wisley Gardens and see butterflies alive, they are much nicer.

Cabinets of medicines, surgical elements, pills, coloured dots in sequence. And this is art? And people pay millions of pounds for it?
Just for the name, because it is en vogue now. Hirst is the new fashionista of the art and yes, he knows how to shock, but from there can we say that these are good pieces of art? No, I really don’t think so.
There was a cabinet full of handmade diamonds, maybe 3000 diamonds there? Dead butterflies on a single colour canvas? Two boxes with flies with a cow head on the floor and blood all around it…yeah, right. “We are talking here about the museum effect – turning all objects into work of art. The tendency to isolate something from its world, to offer it up for attentive looking and thus to transform it into art” ( “A way of seeing” Svetlana Alpers in Exhibiting Cultures)

The mandalas made with butterflies were really interesting, it was the only thing that caught my attention in the whole exhibition (apart from the horrible smell that made me feel nauseous all the way.)

It was in the story of Art that Sotheby’s allowed him to sell Hirst´s artwork directly through them instead of a through an art gallery in 2008. It is in the history of art the amount of money he made in those 2 days. The sale generated £111,576,800 – 10 times that of the previous record for an auction dedicated to a single artist: the £11.3 million ($20 million) raised when 88 works by Pablo Picasso were sold by Sotheby’s in New York in 1993.

I agree with Grayson Perry when he says that the most interesting bit of his collection is his bank account, that is all. Thank God I didn’t pay for the ticket.

It is on until September 9th, so this is the last week. 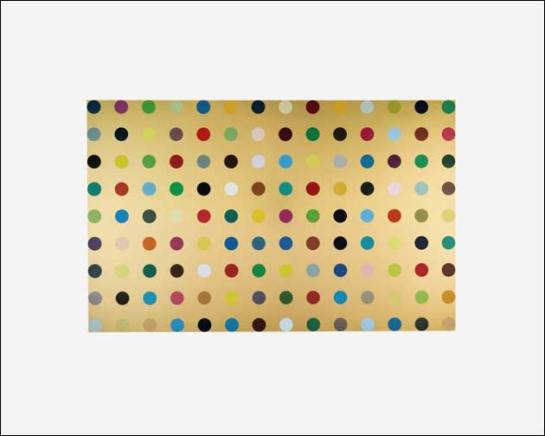 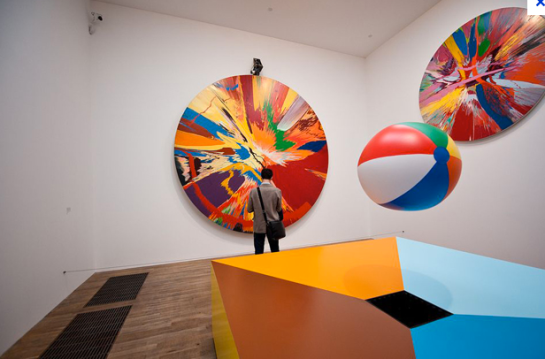