This treehouse is built over 40m high and 1.7m diameter at the base, on a site north of Auckland. Access is via a 60m tree-top ‘accessible’ walkway –an adventure in itself. The selected site and tree had to meet a myriad of functional requirements – 18 seated people and waiting staff in relative comfort complete with a bar; gaining correct camera angles with associated light qualities for filming the adverts, web cam and stills, have unobstructed views into the valley and entrance to the site and structural soundness . The final selected tree is one of the larger trees on the site and sits above a steep part of the site which accentuates the tree’s height. Kitchen/catering facilities and toilets are at ground level. 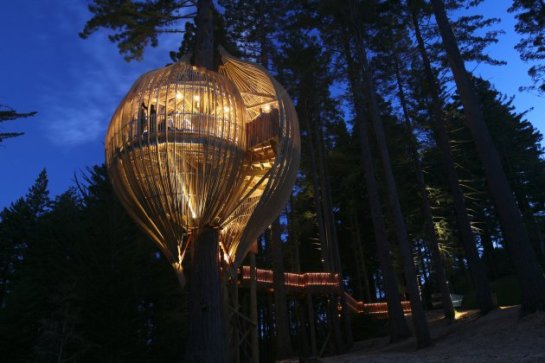 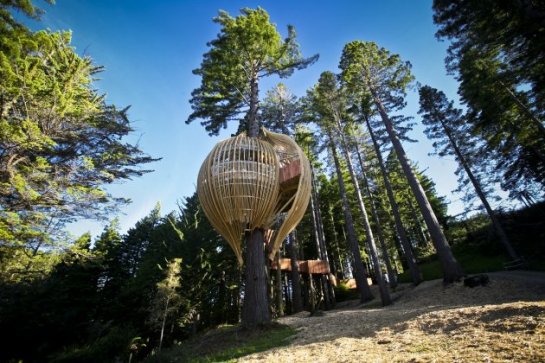 Baumraum Studio came up with this fascinating concept. Multi-level cabins, terraces for both, a luxe staircase and a roof that adjoins both cabins to unite them as one. 19 steel-angled stilts hold the tree house up, with foundation screws anchoring them down to give the structure added stability. Green elements were incorporated into the planning and building phases of this project which leave this ultimate treehouse a successful project overall. 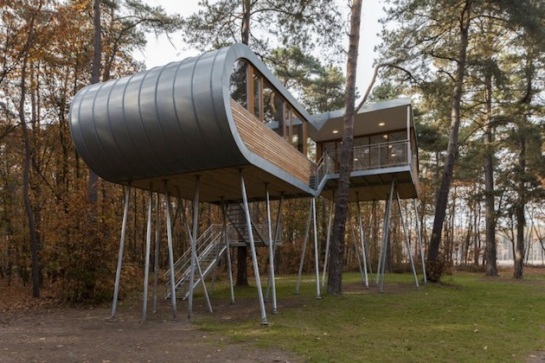 “I once wrote a poem about the curve. The curve I find in the mountains of my country, in the sinuousness of its rivers, in the waves of the ocean and on the body of the beloved woman.”
Brazilian architect Oscar Niemeyer, who designed some of the 20th Century’s most famous modernist buildings, has died just before his 105th birthday.
He rose to international fame as the architect of the main government buildings in the futuristic Brazilian capital, Brasilia, inaugurated in 1960.
He died on Wednesday at a hospital in Rio de Janeiro.

Oscar Niemeyer started his career in the 1930s, when Brazil was still copying neoclassical European architecture and designing ornate palace-like buildings. Niemeyer said his stylised swoops were inspired by Brazilian women’s curves. His bold futuristic designs in Brasilia made the new capital a dramatic statement of confidence in the future of Brazil, and an icon of modern architecture. A student of Le Corbusier, he developed a distinctive style defined by stark concrete and sweeping curves.
“When you have a large space to conquer, the curve is the natural solution,” he said.

In 1988, he was awarded the prestigious Pritzker Prize.

Niemeyer went on to create more than 600 buildings around the world. His legacy endures in museums, monuments, schools and churches in Brazil and beyond. 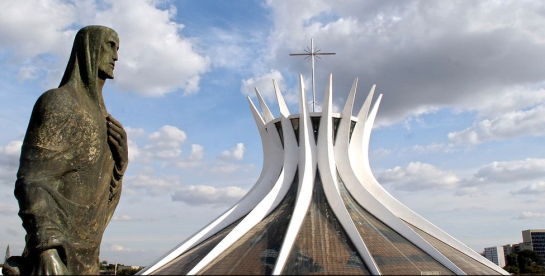 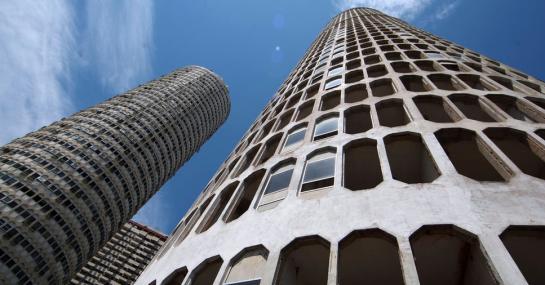 I was watching “Grand Designs” last night and I was fascinated by this story. Alan Dawson is an architect who invented a revolutionary method of building a house. He made his house in different pieces and then assembled all the pieces together, a bit like Lego. First he built the base out of metal in his warehouse and then he takes it to site and installs it. After that, he puts in the panels that will construct the house. But wait, the most interesting bit is that each piece already contains wiring, carpet, plumbing, electricity and it is already painted! So he set himself the challenge of building this gorgeous house in Cumbria in 4 months, and he only took 20 days to assemble the WHOLE house. It is absolutely impressive. The house has a lift and stairs in the middle of the house, both in metal, that give an impressive column in the middle of the living room. The best bit is when they put the wall with the windows already in and they didn´t break any! Unbelievable.

I bow down to this guy. This design system is revolutionary and is very adaptable for places where tsunamis and tornados can devastate a city and you have a rebuild a house very quickly. If I had the money, I would definitely hire Alan.

And here, if you are in England, you can see the episode of Grand Designs where they show how they built this impressive house.